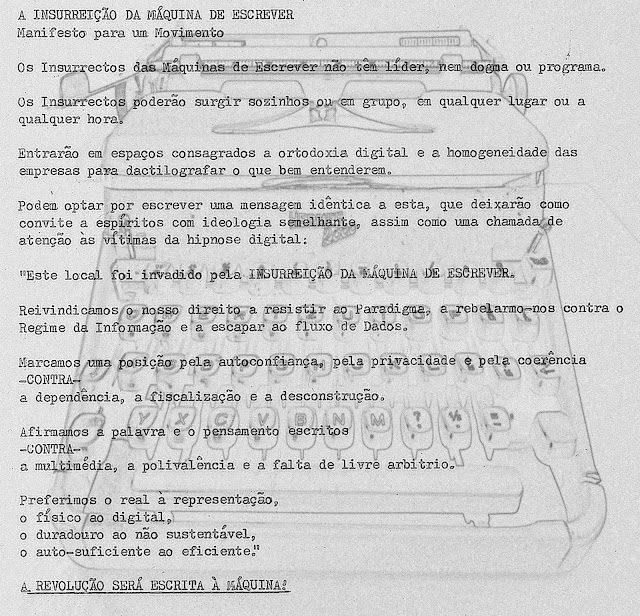 Does any one knows this typewriter's model or brand? 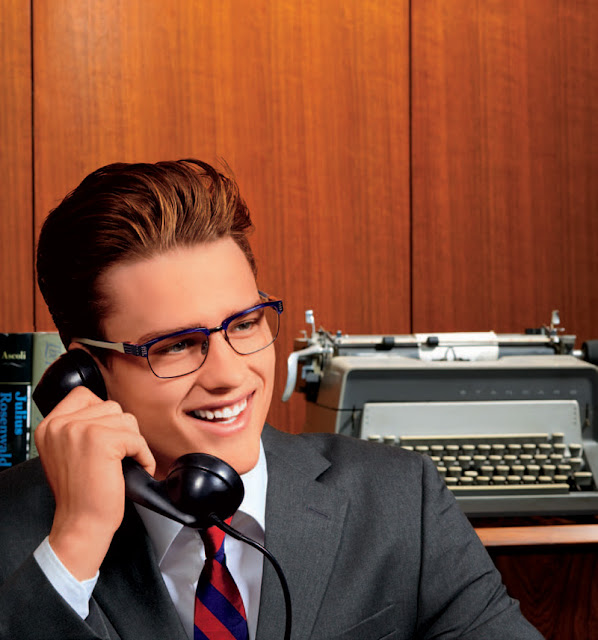 I'm finally back! After a long absence...


I'm well aware that there many post to read, lots of new acquisitions for me to envy and a great deal of news! I'll try to give them all a peek.

The movings are finally over :) After a dreadful month of packing, transporting and unpacking. And nor my old house nor the new has elevator... So we had to do it all by stairs. A nigthmare! For now all it's missing it's the stove but i'm expecting it to be delivered sometime this week and of course there are some new Ikea furnitures to assemble.

My typewriters lost their prominent place and are no longer in exposition like they used to in the old house. We've decided to change some of the decoration and now some of my favourites are yet in exposition but the rest are all packed in their cases and stored in the last shelf of the bookcase...

During this absence I took the time to buy one more typewriter but you'll have to wait until I officialy introduce it to the blog.  Now I remember, there are already two in the queue!

I've also found out a flea market that has some typewriters. It's only once a month but that's better than none. I'm soon hopping to have news on this matter.

This week I had the chance to watch "My week with Marilyn". And as always I like to share my typewriters spotting. This time it's an Hermes. Perhaps an Ambassador. I'm not sure, but it's huge... 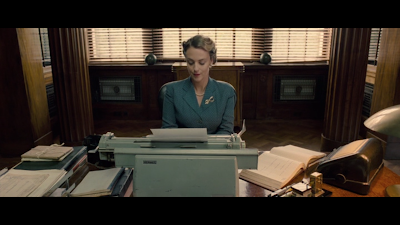 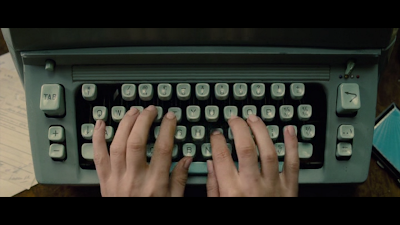 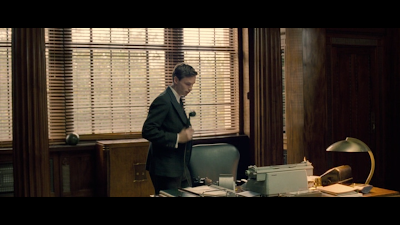 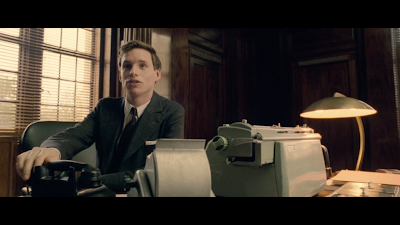 It has been quite a long since my last post... But this last days my life has been a rollercoaster! I'm moving to another apartment, and this last days all I've done was taking measures, signing contracts and all those stuff. Today I've finally recieved the keys to my new apartement. Now I still have to paint it, clean it and then start moving all the furniture. Something tells me that is going to be quite an endeavour! Specially with a 8 hours a day desk job at the same time... And a lot of furniture!

So it is unlikely I will be posting again before May! I'll try to follow your posts and read the news. 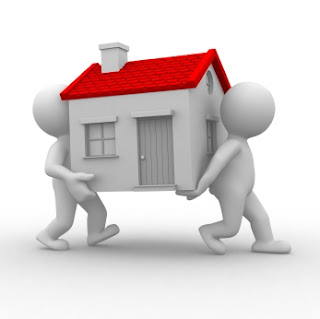 Are typewriters becoming a trend?

Are typewriters becoming a trend?

Everybody seems to be talking about them lately… Although I'm just a newbie, I don't remember having ever seen so much media exposure around this machines.

Famous people are surrendering to this amazing machines and along with them their capacity to influence the masses. Typewriters have aroused curiosity and the media is publishing articles about them and doing interviews to typewriters collectors and enthusiasts!

After taking a peek at oz.typewriter we all get to know that Tom Hanks is a collector and a typewriters enthusiast. He has even influenced the director Steven Spielberg as we can see in "Tintin" where typewriters are present from the generic to the movie it self, with Tintin display is collection in shelves and an amazing blue Royal in his desk… 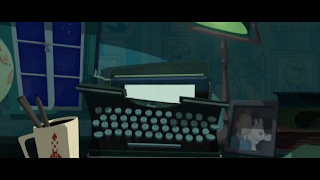 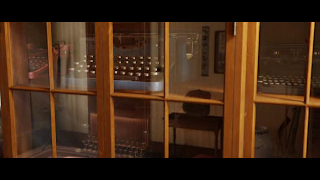 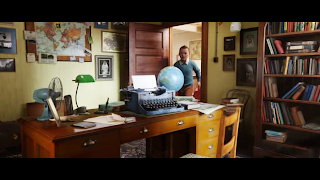 According to Type, Shoot Straight, and Speak the Truth... I've found out Zooey Deschanel is also a typewriters enthusiast (as we all can see by her nails in her last public appearance) and managed to incorporate this wonderful machines in her current show "New Girl".

Surely all of you remember the CBS piece on the Typewriter Reinassance were some familiar faces of the typosphere stared!

The author of the blog Manual Entry took some of his typewriters to a local school and the reviews and the enthusiasm around this machines was fantastic. The kids loved this initiative.

Even Adwoa's pictures from Retro Tech Geneva were used by a known fashion designer as a pattern to a dress, what has thrown typewriters to the runways and the fashion world.

Maschinengeschrieben and the Swiss Typopshere were published in Tages-Anzeiger, one of the most important newspapers in Switzerland.

In "J. Edgar" we can see a parade of typewriters from various eras. Although only by a fraction of a second but they are a constant presence. 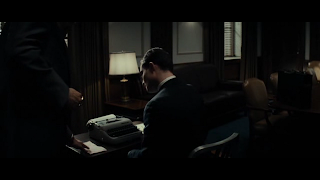 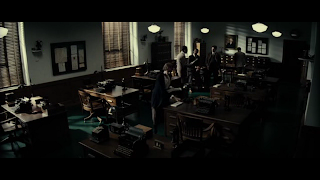 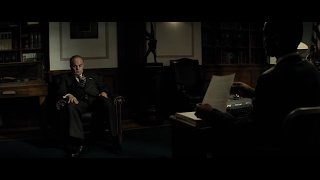 And others are yet to come. In "On the Road" we can see Kerouac's Underwood portable and his famous continuous roll of paper.


And in "Hemingway & Gelhorn" there seem to be as many typewriters as famous faces. An image of Nicole Kidman seating in front of a typewriter with a bottle of boose it's something impressive. 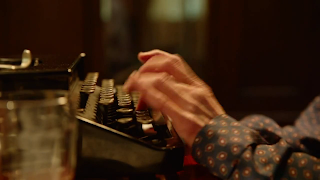 All of this leads me to think that typewriters are again in vogue! We are witnessing a typewriter revival as has recently happened to other objects that have already been forgotten (Ray-Ban sun glasses and Casio watches are godd examples of it). Each time there is more fuss around typewriters, more curious people asking and searching for typewriter. A few months ago when I've started to collect this little machines most people reaction was of astonishment. They could not understand why I was interested in a machine that was outdated. Today when I share my passion about typewriters with someone the reaction is exactly the opposite. Most people say "That's cool! I'd love to have one…" (and that's how I went from geek to hipster).

Around here the offer is getting bigger in response to a higher demand. Each time there are more people (specially young people) interested in buying a typewriter. And the prices are shooting up either. I truly believe that we're witnessing the rebirth of this machines of yesteryears...
Publicada por Fernando Antunes à(s) 3/17/2012 03:14:00 da tarde 6 comentários:

Does anyone has any tips on how to fix this slugs? Or at least straighten them a bit? 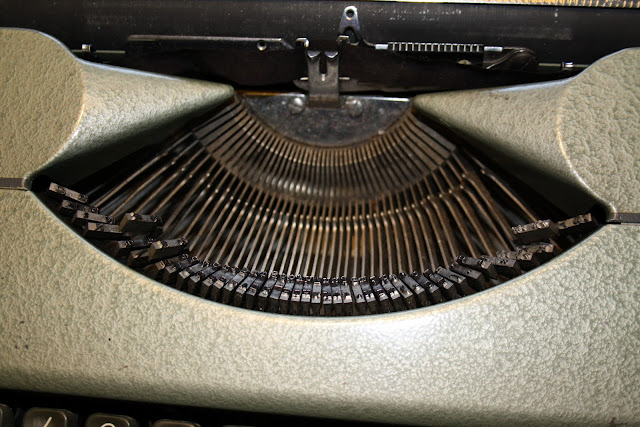 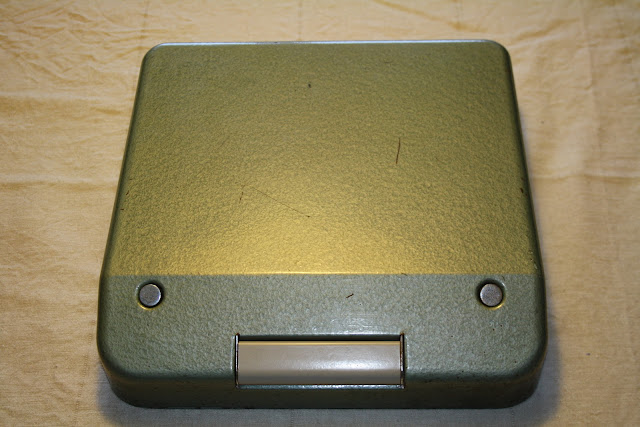 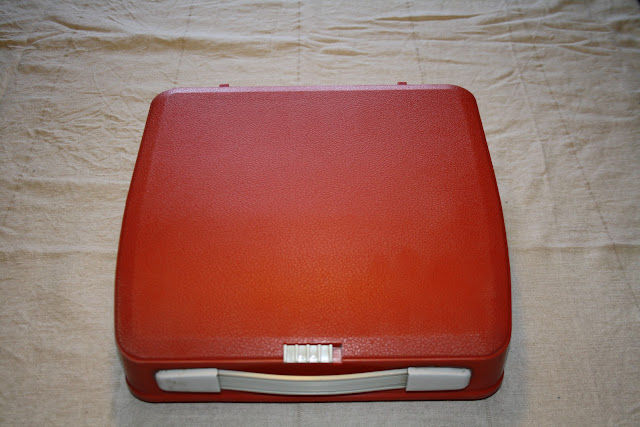 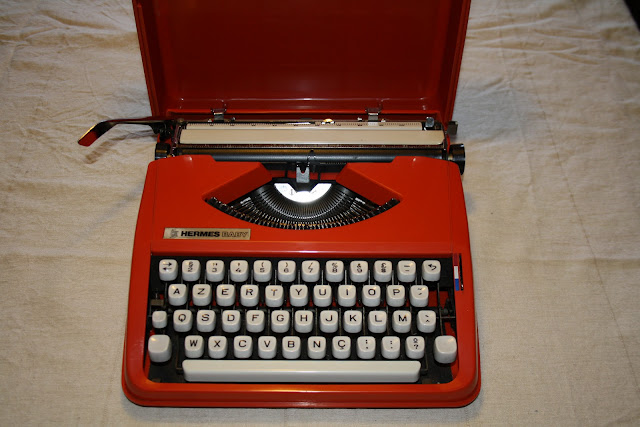 Finally, and two weeks latter, I present you my orange Hermes Baby! 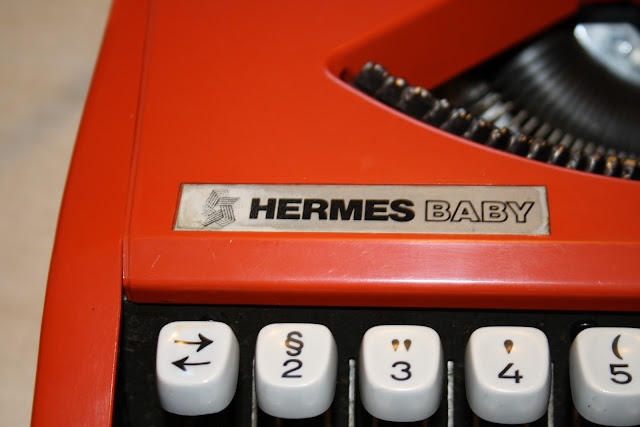 I've cleaned it a bit harder than what was needed and that almost costed me the Hermes logo...

I believe there isn't much to say about this typewriter. All that is to say has already been said. This is a rather common and much heralded machine. 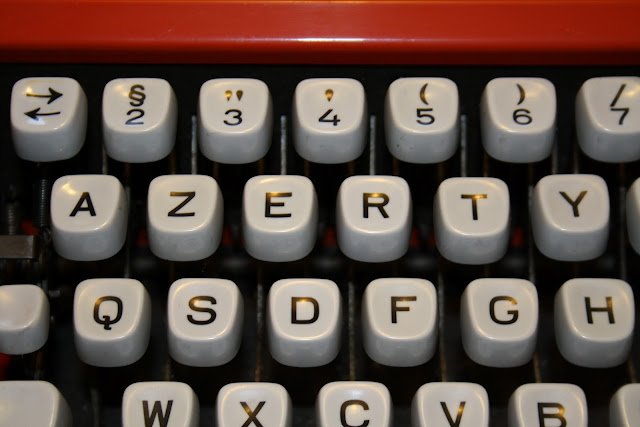 The poor lighting conditions resulted in this strange effect! I also believe this unit was made in Brazil… Honestly my fist contact with the Baby was rather disappointing. Too much plastic and too fragile. Although it's a very handy machine, ultra light and super portable. In case of damage it's easy to repair, find spare parts or even find an other to replace it. 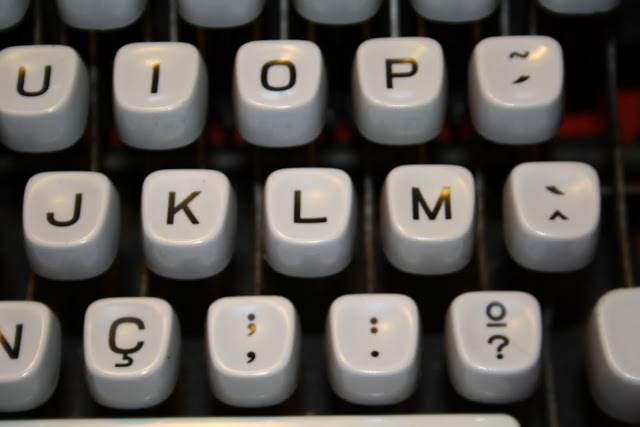 This time I've left my comfort zone with the qwertz keyboards. I took the chance and got a portuguese azerty keyboard. Although I haven't managed to get used to the hcesar, this time the adaptation process was quite easy. With exception of the "M" that changed its place with the "Ç"... 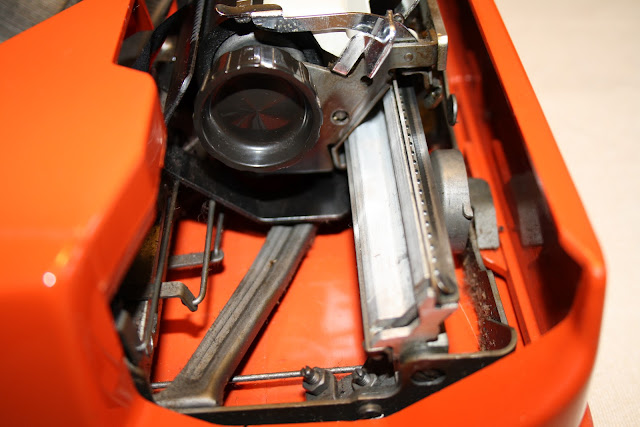 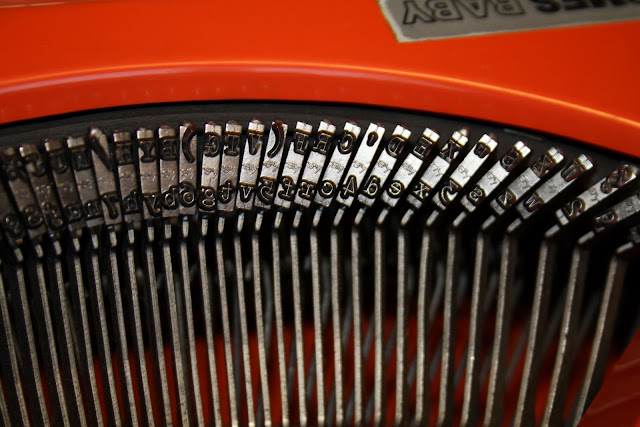 About the typing it self… There's nothing to point. It's very fluid and light. Very pleasant to use. 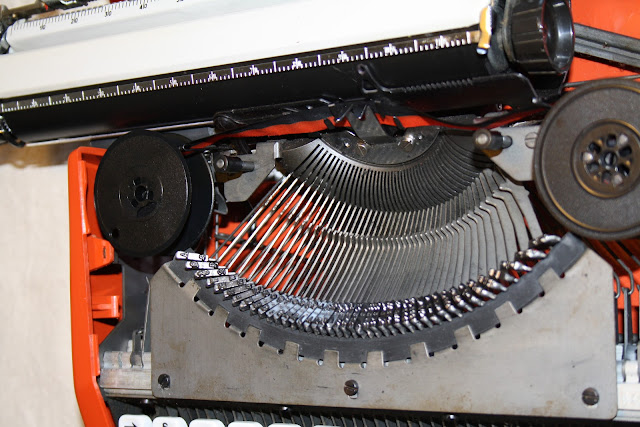 It's again an Elite. I haven't got lucky yet. I'm still searching for a typewriter with Cursiva or Techno font. 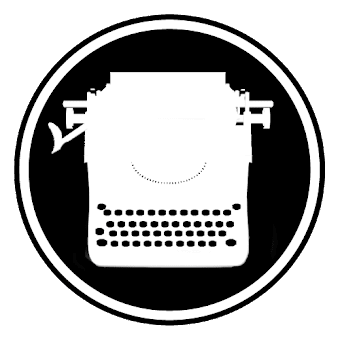